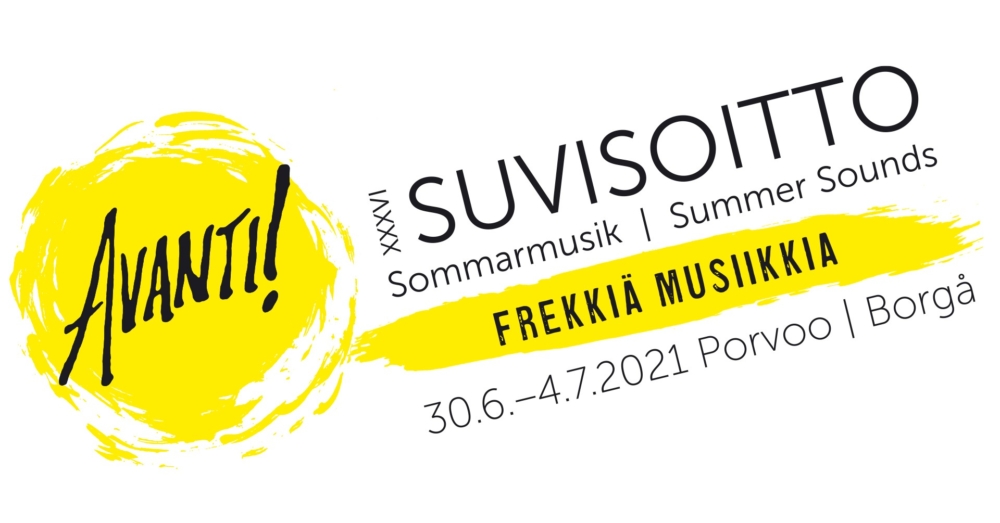 Sassy music at the Art Factory

The 36th Avanti! Summer Sounds festival will present a varied concert menu in Porvoo from June 30 to July 4. The organisers are keeping an eagle eye on the latest official Covid regulations to ensure the safety of players and audience alike. “Only a very limited number of tickets will initially go on sale, but we’re hoping to increase the number the closer we get to the festival,” says Avanti!’s Executive Director Annika Mustonen. “But in any case we promise to stream some of the concerts.”

The Artistic Director of this year’s festival is Austrian composer, singer and conductor Heinz Karl ‘Nali’ Gruber, with a theme – “Freche Musik – Sassy Music” – admirably in keeping with his style: music that is brazen or impudent. The music of Gruber, who made his international breakthrough with Frankenstein!!, is simultaneously both popular and challenging, entertaining but serious.

In the leading role at the festival is postmodern music by Gruber and his Viennese contemporaries seasoned with some new Finnish works and a broad selection of chamber music. The programme will include the premiere of a violin concerto, Rakka, by Jouni Hirvelä with Eriikka Maalismaa as the soloist, and a work commissioned from pianist-composer Mioko Yokoyama. Saturday evening at the Avanti! Club on Saturday will be devoted to a swinging show of Avanti!’s hallmark genre – experimental chamber music – by Anna Meredith, Jukka Tiensuu and the Pipoka Trio.

Conducting the festival concerts will be Artistic Director Gruber, John Storgårds and Håkan Hardenberger, all able to switch with ease to the role of soloist, even in mid-concert. The traditional Baroque concert will view the Thirty Years’ War through works of that time in the magnificent Pernaja Church and with soprano Tuuli Lindeberg as the soloist. The festival’s opening fanfare will ring out in Porvoo’s Town Hall Square at 12 noon on July 1.

Looking towards the Summer Sound

Summer Concert Series envelops Porvoo
Scroll to top
Tämä sivusto käyttää evästeitä (eng. cookie), joilla parannetaan palvelun laatua.
We use cookies to ensure that we give you the best experience on our website. If you continue to use this site we will assume that you are happy with it.OK
Privacy & Cookies Policy