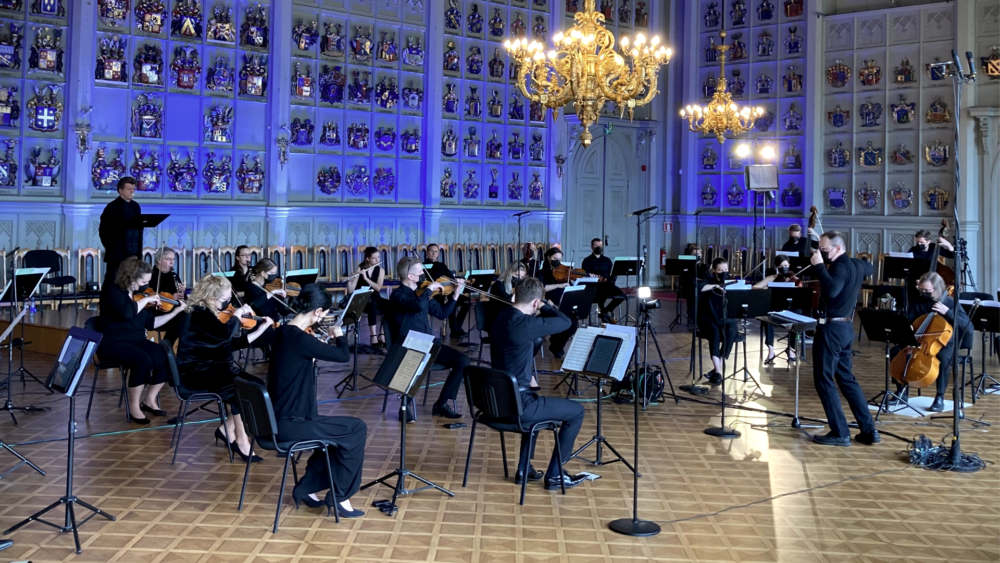 A Concert Overture discovered among the manuscripts of works by Finland’s national composer Jean Sibelius has been premiered after a wait of 120 years. A piece referred to in the press as the overture to his opera The Maiden in the Tower was first heard at the Turku Fire Brigade Hall on 7 April 1900, with the composer himself conducting, and it was soon forgotten.

Conductor and Sibelius expert Tuomas Hannikainen found the 12-minute work among the collection of Sibelius manuscripts. It is, he says, “based on the music for Sibelius’s stage work The Maiden in the Tower and was, as it were, hiding among the original parts for this. The characteristic ingenuousness and optimism do not therefore come as a surprise.”

Now, more than 120 years later, the Concert Overture has been woken from its enchanted slumber, edited by Hannikainen and published. A remarkable composition, it has been slotted into the Masked Musicians concert reflecting the Covid era. Avanti! is also performing Sibelius’s melodrama The Countess’s Portrait and movements from the incidental music to Belshazzar’s Feast.

The well-known short story The Masque of the Red Death by Edgar Allan Poe has inspired artists from the visual arts to music. One example is the tone poem Conte Fantastique by the French composer André Caplet now to be heard in an arrangement for narrator, harp (played by Laura Hynninen) and string orchestra.

Conductor Tuomas Hannikainen has masterminded a production combining music, theatre and heraldic art, the texts to be narrated by actor Timo Torikka.

“The ongoing social isolation has set me wondering what purpose the arts might serve in the new world order,” says Conductor Hannikainen. “How can we use classical music, living so strongly in tradition, to mirror the present times and to draw creative strength from contemporary phenomena? Masked Musicians is one attempt to answer such questions.”

Click here for the recording of the sound broadcast on Yle Radio 1.

A video recording of the concert will be posted on the orchestra’s YouTube channel at 19:00 on 30 May. To watch the recording of Sibelius’s Concert Overture click here or watch below.

Online concerts from Summer Sounds
Scroll to top
Tämä sivusto käyttää evästeitä (eng. cookie), joilla parannetaan palvelun laatua.
We use cookies to ensure that we give you the best experience on our website. If you continue to use this site we will assume that you are happy with it.OK
Privacy & Cookies Policy