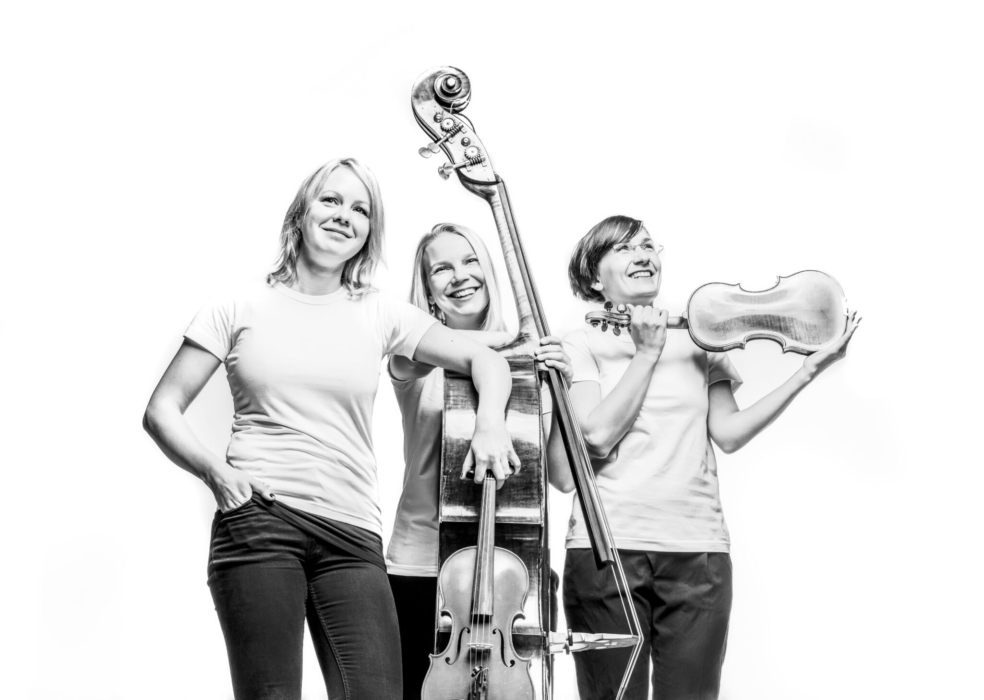 The second cooperation concert by the AUF orchestras demonstrates how recycled junk sounds in the hands of a foley artist, what Vivaldi’s Seasons sound like in a remix version, and what kind of links there are between the concert’s pieces and the world of cinema.

Sami Klemola’s composition Jack and the Specifics is created for foley artist and chamber orchestra. It is reportedly the first time when the solo parts of a concerto are written for a foley artist, in this case Heikki Kossi. Kossi is a sound artist who produces e.g. sounds of footsteps and creaking doors for movie soundtracks. Kossi has worked with tens of Finnish films and he has also succeeded internationally. He creates the foley sounds live in the concert. The visual element is strongly present as Kossi, who performs with Avanti! Chamber Orchestra, brings with him a giant kiosk full of things to make sounds with.

Afro-Bossa is one of Duke Ellingtons’s most remarkable and original compositions. In a fascinating way it demonstrates how the maestro, close to retirement age, still found new ways to journey through the world of blues. Regardless of its name, the piece does not refer to Brazilian music. Instead, it is an abstract combination of African and Latin influences that like an approaching procession, on wings lent by the bolero rhythm, reach an exploding climax. In addition to Ellington’s work, UMO Helsinki performs Jukka Tiensuu’s pulsating piece Umori. Once again Tiensuu showed the music world his unfailing gifts as a visionary, when he reinvented the big band ensemble musically for the piece. The piece is not, however, an antithesis or negation to the big band tradition, but rather an astonishingly carefree update of the unused resources of the large jazz orchestra.

The distance between the past and the present is short – sometimes even subtle. FiBO presents an ear-opening version of Vivaldi’s Four Seasons, more than familiar to friends of Baroque music, as the concert finale is Max Richter’s Four Seasons Recomposed, premiered in 2012. It modifies the Four Seasons concertos into minimalist remixes. Sometimes Vivaldi and Richter choose the same direction, and sometimes Richter twists the music into an unexpected angle or stretches it into cosmic Baroque sceneries through repetitions. The result of the recoloured harmony bases and surfaces reminding of electronic sounds is ear-tickling and intelligently performed ambient Vivaldi. The Finland premiere with period instruments last year, organised by violinist Antti Tikkanen and FiBO, delighted international concert organisers, and the performance is taken to Southern Europe this year. The concert received exceptionally praising feedback from Art Testers in eighth grade, so the Four Seasons captivate audiences regardless of age group.

Before the concert a concert presentation is held in the main foyer at 6 pm.

Avanti! postpones 35th Summer Sounds festival to 2021
Scroll to top
Tämä sivusto käyttää evästeitä (eng. cookie), joilla parannetaan palvelun laatua.
We use cookies to ensure that we give you the best experience on our website. If you continue to use this site we will assume that you are happy with it.OK
Privacy & Cookies Policy