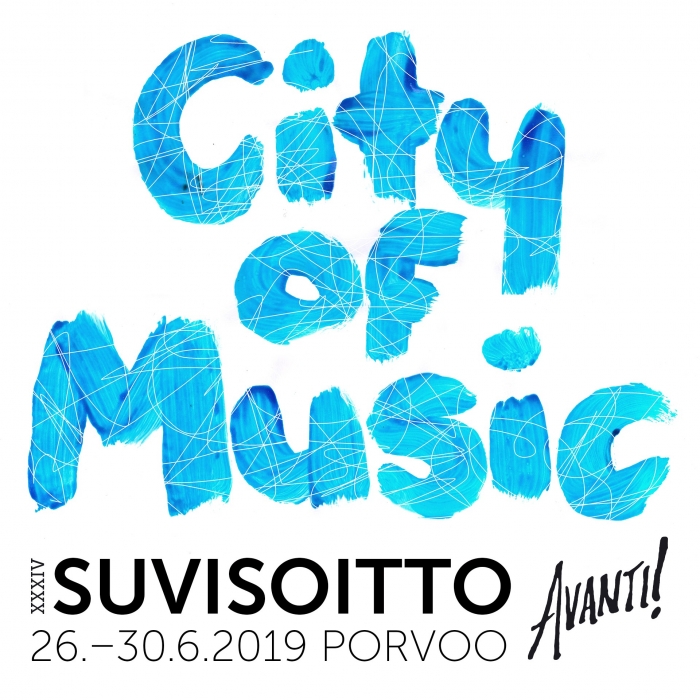 Avanti! Summer Sounds XXXIV will arrive in Porvoo on 26 – 30 June 2019. This year the programme has been created by Swiss Baldur Brönnimann. As the theme for 2019 is City of Music, the music will enter the streets and cafés of Porvoo to paint a multitude of thoughts and feelings on the streets and walls of Porvoo with an imaginary paintbrush.

Finland’s premiere of Teoton composed by Jukka Tiensuu for sheng artist Wu Wei will take place at the Art Factory. Sheng or the mouth-organ is an ancient woodwind instrument, related to harmonica for example, known in China and Korea, in particular.

This year as a novelty Summer Sounds will present late-night Lounge clubs where the international stars, like sheng artist Wu Wei and violinist Jennifer Koh, will join the concert audience at the Avanti Hall foyer after the main concerts. The music will descend from the stage among the audience and the concert guests have a possibility to enjoy the high-level of skill and improvisation of international artists. American violinist Jennifer Koh will also perform pieces for solo violin in the cafés of Porvoo on Saturday. Koh is also the soloist for the fantastic violin concerto by György Ligeti on Friday evening.

The legends of Finnish music Matti Salminen and M.A. Numminen meet again, as the incredible Humppavanti! returns to Summer Sounds. Avanti Hall will witness music from Finnish composers M.A. Nummisen and Unto Monosen as well as Schubert and Wagner in a way not often seen in concert halls. At the final concert, the festival’s folk theme will culminate on Sunday in the works by György Ligeti. The festival will end with Ludwig van Beethoven’s Symphony number 3, “Eroica”.

Summer Sounds will bring to Porvoo music composed by king Henry VIII performed by Avanti’s viola da gamba ensemble as well as compositions from the times of Valle Rosenberg (1891-1919), gifted expressionist painters from Porvoo who died at early age. As in the earlier years, the festival programme includes a composers’ workshop with music written to old avantgarde short films and a concert for children where one can touch the music.

Text edited on 24.5.: The name and number of Beethoven’s symphony in the final concert updated.

AUF: Ilolla Avanti! – Feeling Free
Scroll to top
Tämä sivusto käyttää evästeitä (eng. cookie), joilla parannetaan palvelun laatua.
We use cookies to ensure that we give you the best experience on our website. If you continue to use this site we will assume that you are happy with it.OK
Privacy & Cookies Policy